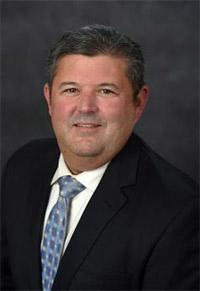 Mr. Thompson brings a wealth of knowledge and experience to Mountain View High School.  Mr. Thompson began his career with Fairfax County Public Schools as a center-based Emotional Disabilities Teacher in 1996 at Woodson High School, teaching English 12 and science.  In 1999, he was an Emotional Disabilities Teacher at Oakton High School, where he implemented the ED/LD Combined Service Model.  Mr. Thompson became an Assistant Principal in 2011, serving at Annandale High School until his appointment as Principal of Quander Road School in 2014.  In addition, Mr. Thompson served as the Assistant Director of Student Activities and head football coach at Oakton High School from 2003 to 2010, and was an adjunct professor at George Washington University, teaching special education licensure courses from 1999 to 2005.

Mr. Thompson builds relationships with staff, students, parents and community members.  He has demonstrated his strong ability to create, support and maintain a positive and collaborative culture wherever he has worked.

Mr. Thompson earned his Bachelor of Arts degree at George Mason University and his Masters of Arts at George Washington University.  Throughout his tenure with FCPS, he has remained abreast of the latest trends in education and teacher leadership by attending workshops and becoming well rounded in all aspects of best practice instruction.